Many people have heard of CBD and know that it has something to do with marijuana, but it’s somehow different than marijuana. This is, indeed, true. CBD can be confusing, which is why Joint Jam, a maker of some of the best CBD topicals on the market, is here to explain to you the difference. Visit us online today to order our CBD products! 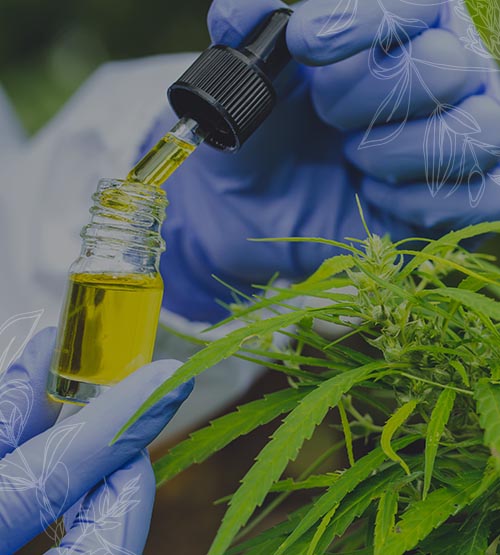 CBD, or cannabidiol, is a component of the hemp plant and the marijuana plant. It is a non-psychoactive compound that won’t get you the “high” feeling that marijuana is known for. CBD is in the news lately due to its popularity for relieving conditions in some people, from seizures to pain. Furthermore, it is an all-natural pain reliever, coming directly from nature, which is unlike other prescription drugs.

HOW DOES CBD WORK?

A Brief History of the Marijuana Plant

The marijuana plant’s benefits have been known for centuries. In fact, the oldest known written record of marijuana being used is from 2727 BC in China. There is also a written record of cannabis (another name for the marijuana plant) being used by the ancient Greeks and Romans as well. It was brought to the western world by the Spaniards in 1545, and the hemp plant itself was grown for its many household uses, from rope and clothing to paper. It is a fast-growing plant and easy to grow, which is why it was popular to grow throughout colonial America.

There is doubt as to its use for its psychoactive properties, although it has been recorded in some cultures’ religious ceremonies. Herodotus, an ancient Greek historian, described its use for such purposes by the Scythians in Asia. Marijuana became popular amongst Islamists since its use was not prohibited in the Quran.

Serious study of the marijuana plant did not take place until the 1830s when an Irish doctor, Sir William Brooke O-Shaughnessy, found that it could help with stomach pain and vomiting, especially in those suffering from cholera.

In sum, the marijuana plant’s uses have been known for quite some time; however, Joint Jam, a maker of top-notch CBD topicals, notes that it’s only been recently that CBD has taken the wind out of marijuana’s storm.

WHAT’S ALL THE HYPE OF CBD?

CBD is everywhere these days due to the fact it has the potential to help with so many maladies, from pain from arthritis to seizures and even cancer. Research is scant, but with the rise in its popularity, you can expect to see a whole slew of studies in the near future. Furthermore, government restrictions on the sale and manufacturing of CBD has eased considerably in the United States, which allows more people to try CBD to see if it will work for them and their conditions.

Another reason CBD has taken the world (or at least America’s world) by storm is the fact that it is all-natural, organic, green, and healthy, which is in stark contrast to many prescription drugs currently being used. It also is well tolerated by most people, which is another reason it is gaining ground. After all, what good does a drug do that helps one condition but produces another?

Where Joint Jam Fits in the CBD Market

As you can see, CBD has the potential to help you with many conditions, including natural pain relief, pain management, and joint pain relief. We specialize in CBD topicals, which are CBD products that are used on the skin. We offer three CBD products as of this date:

Our products contain CBD which is then absorbed by the body through your skin. The great benefit of topicals is that you can apply it directly to your source of pain for immediate results. You can also take CBD in edibles, oils and tinctures, pills and capsules, and vaping.

CBD has a long way to go in order to discover all of its possibilities for the human body. However, as the benefits of CBD begin to be discovered and more and more people partake of it, it won’t be too long before this miracle plant and all of its secrets will be discovered.

Joint Jam believes in the healing powers of CBD. See for yourself what all of the hype is about, and order your products today!